Humans and Machines: A Symbiotic Future

Contemporary pop and art culture has often portrayed the interactions between humans and robots as an inevitable escalation to machines taking over human societies.. However, is this fact or mere fiction? 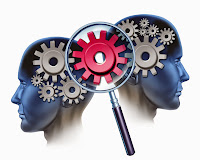 Today’s robotic industry is making advances and soon, we are likely to see robots that are more personal. Technology is starting to interact with us in a more direct and individual manner.

The future of human and machine interaction is likely to be realized as robotics engineers test the insights of humans. A friendlier technology that is chattier could improve any device, whether it’s Siri or a driverless car. For instance, anyone would be able to interact with a robot without having to know how to program since it can follow how humans interact with each other.

Perhaps the biggest device beneficiaries of having more humanity in devices would be robot assistants that are designed to help the elderly with basic tasks like washing dishes. These robots are already in Japan and a few other countries, but are not always easy to get on with. Most people do not trust robots and it may require some time before human-robot trust grows.

Should a friendlier and chattier technology be realized, perhaps the most surprising feature would be the sense of randomness that the computers or devices would exhibit. Human behavior is unpredictable and a number of studies have shown that people tend to react to robots in unexpected ways. Generally, a majority of people would warm to machines as if they were real people-once they get used to them.

Finally, people tend to prefer robots that are more similar to them in nationality, gender, and age. Therefore, the success of future human-robot interaction will have to put into consideration the interests of the respective individuals that the robots are designed for.
Posted by Unknown at 7:00 AM